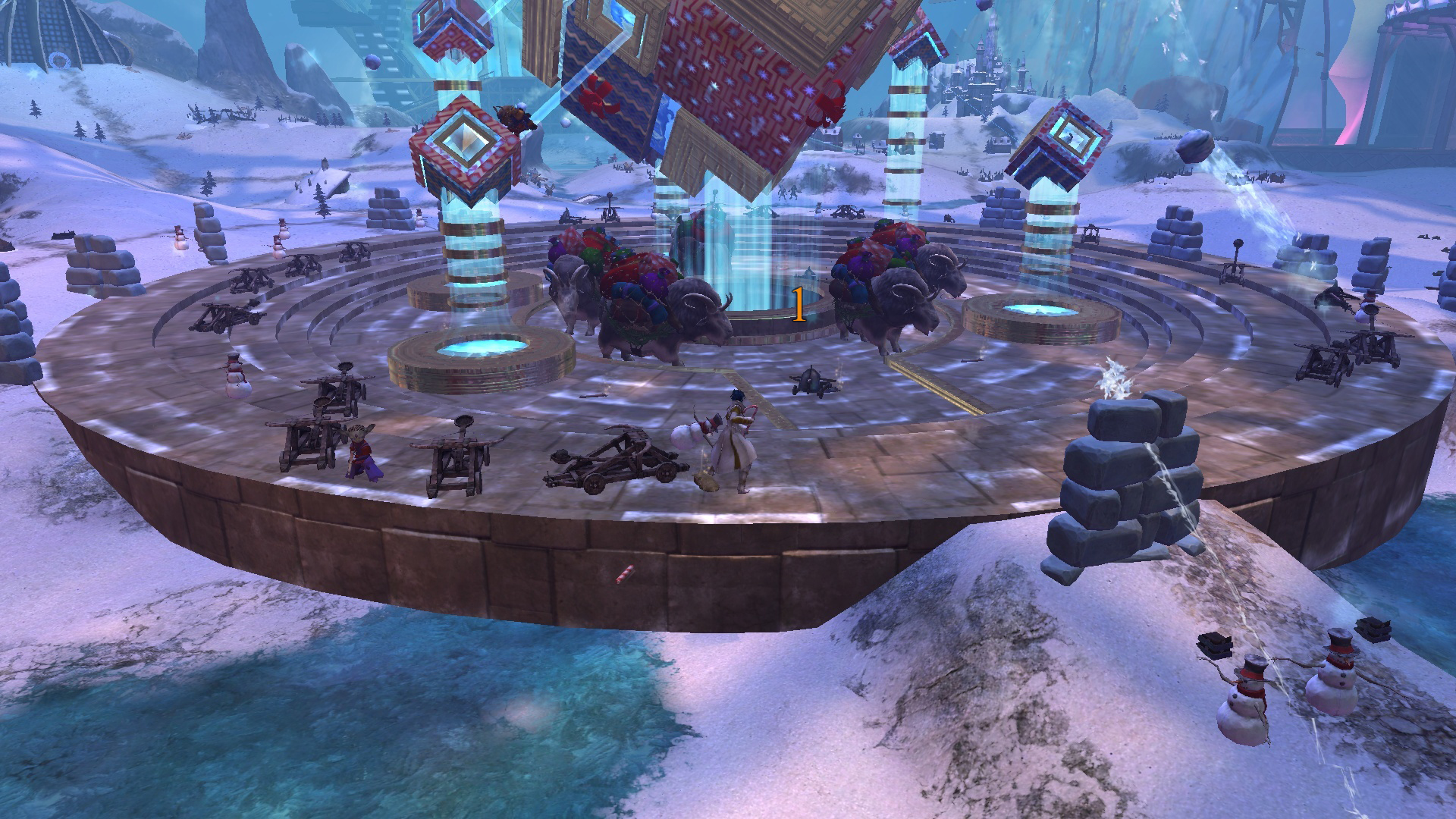 (1) The 5 Present Dolyaks you need to protect

(2) The various siege weapons available to the players

Toymaker Tixx’s toy making machine has malfunctioned! Protect the last of the Present Dolyaks from the legions of malfunctioning toys coming out of his machine.