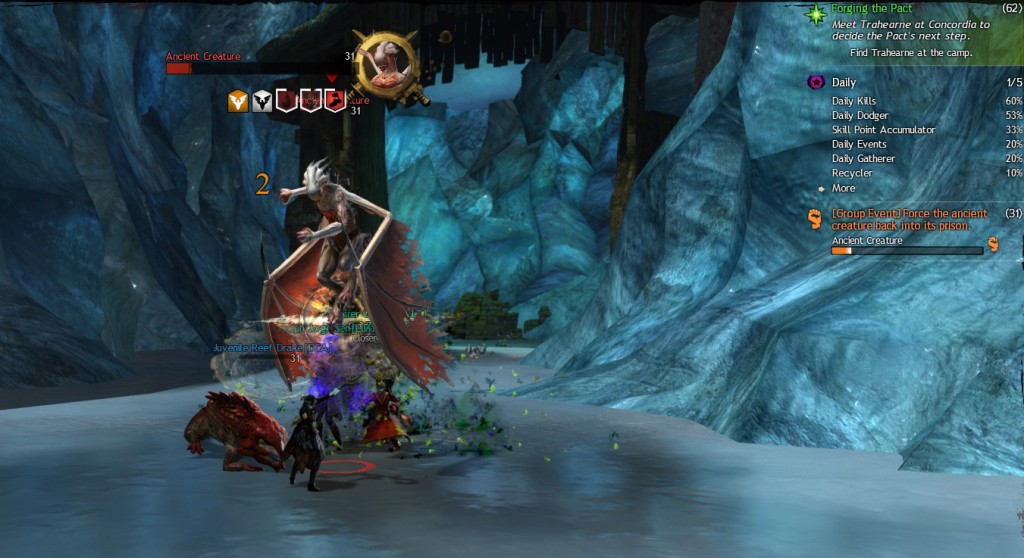 Arcanist Dremus has been sent out to study an ancient dwarven ruin know as the Dracon Steles. It seems to be intact except one piece is missing.  If players can find this piece they can activate the artifact. Upon giving the artifact to Dremus, the artifact activates, releasing an Ancient Creature that the players will have to fight.